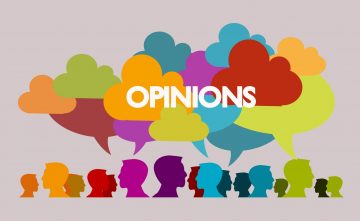 “I would NEVER work with (enter P2P here).” “Just do a search and you’ll see why ALL voice actors are against them.” “You really shouldn’t spend so much time worrying about branding.”

Opinions are a dime a dozen. They can be extremely helpful and sometimes… they can be unhelpful. To be honest, they could just become downright mean and ridiculous. For example, I saw this first hand in a Facebook Group when someone made mention that they were just starting out and had some questions about a specific P2P that he had joined and genuinely had questions on how to audition and such. The first few comments were snide remarks about the fact that he spelled the P2P’s name out, which created a hyperlink to their site on his post. His question was disregarded because a couple of voice actors had a fit because this company’s SEO was getting a hand. Seriously? This is where we are? That more important than assisting a fellow voice artist, we denounce their entire post because of a hyperlink that was auto inserted? It’s not like he was trying to promote the company… he genuinely had a question and was looking for insight but instead got a mouthful of posts from fellow talent that “know better”.

We’re Better Than This.

C’mon folks. Yes, some of us “know better” and have been around the way, but let’s not just presume that everyone knows what we know. Or that they’ve done extensive research and “should know” NOT to use that P2P. Even then… who are WE to say where a voice talent should start their career? If they feel this is a proper fit for them, then so be it, companies questionable business practices aside. What bugged me was the unsolicited opinions. He was looking for an answer to a specific question and received vitriol for his business choice. Mind you, a choice that proved fruitful for him already, he just had a question for something he had not encountered.

Need An Opinion? Seek a Pro.

Also, when it comes to certain things like microphones, DAW’s, P2P’s or anything under the sun. Talent will ask questions and be bombarded with several different answers that put them no more in the right direction than if they had never asked the question at all. Something talent needs to understand that sometimes, you need to ask specialists in certain professions for their opinions on certain things and stop relying on the masses. Mic or DAW? Ask an engineer, better yet, ask the person that hopefully produced your demo. Question about P2P’s? Ask your coach and see where they think you should begin to get your feet wet. Presumably you are working with a coach already that can help guide you. Question about branding and whether you should do it as a voice actor? Speak with a marketing specialist for voice over! My very good friend Corey Dissen comes to mind who helped me out personally and helped put me on my path (and MANY others) and assisted with my branding, which has made a MASSIVE difference in my career.

Get To The Point.

Point is… if talent asks a question. Answer the question. Assist where you can. No need for unsolicited opinions. It’s coming from a helpful place but just comes off as elitist, mean and snobby. Let’s be better than that. Let’s be light bringers… not negative ninny’s. Guide fellow talent if you don’t know the answer. Speak from your own experience but don’t say it as if it’s bible.

Stay positive fellow talent and let me know what you think in the comments below and how you feel. Agree? Disagree? Let’s have a convo 🙂